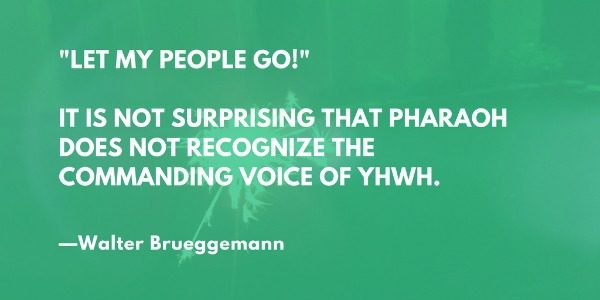 As Walter Brueggemann argues in Sabbath as Resistance, contemporary US culture is based on excessive production. “Our motors are set to run at brick-making speed,” he writes, alluding to the ancient Hebrews in the Exodus stories who made bricks with and without straw, at and beyond quota, so they could meet their enslavers “insatiable” demands for more.

Brueggemann sees plenty of parallels between the ancient cultures and ours. As I’ve shared before, Brueggemann has described Sabbath a practice that promotes a neighborly view of other people, things, and the resources that tie us all together. And in a more recent book, Brueggemann critiques the “royal consciousness” that centralizes power, forecloses people’s imaginations, and manages any alternatives out of focus.

Two things captivate me about these ideas.

First: management and imagination as Brueggemann describes them are inversely related. It seems true that artists can be an existential threat to emperors, administrators, and the kinds of managers: art can just as easily tell unauthorized stories as authorized ones, it can be funded with unauthorized money, and artists can think and quickly share unauthorized thoughts.

Artists spin their visions of how things “could just easily be,” and readers or listeners aren’t required to interpret those visions in exactly the same way. All of these potential variances are a threat to the single story, the sole history, and the only possible arbiter of truth: the royal court.

“It is not surprising,” Brueggeman writes, “that Pharaoh does not recognize the commanding voice of YHWH.” Pharaohs in any era have a very strong disincentive to acknowledge and incorporate new perspectives, especially when those perspectives liberate people who’d otherwise stay contained.

Who are you, Pharaoh asks us all, to stop producing for me? How we answer affects all of life.