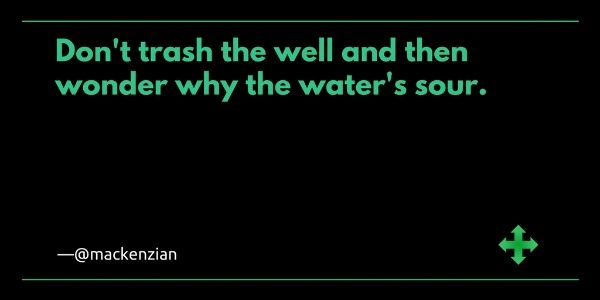 Today, along with about 80 other people, I was verbally assaulted.

This is something of a routine experience on New York City subway trains: non-consensual berating dressed up as preaching, guilt-riddled fundraising pitches, and appeals for charity. They’re incredibly loud, they’re manipulative, and they all begin with the lyingest lie that’s ever been lied: “I’m sorry to bother you.”

This morning’s evangelist shopped an especially shouty blend of affirmation for his deity and warnings that judgment would follow us if we didn’t comply with his god’s indecipherable demands.

I left the carriage and hopped onto the one behind it, escaping the good news of General Zod until I changed train lines seven stations south… and the preacher did too.

He was still yelling when I got off the train a second time.

I doubt that anyone has ever told preachers like this that you can’t make up for a lack of substance by turning up the volume. If you have the entirely wrong approach for the people you want to address, you won’t get further with them by approaching them badly more often.

Sadly, there are lots of incentives for those who still do street corner and subway car preaching and panhandling this way. Sometimes people are cowed into compliance and give the demanded dollar. Social politeness makes it more likely that passengers will suffer in silence or evade the noise as I did rather than vocalize discomfort or directly challenge the speaker.

Some people also seem to draw a certain satisfaction from confrontation or dismissal, especially if that dismissal grows out of the content or rhetoric that the speaker has sown.

After all, some of the fundamentalists I know believe that though they have to teach the gospel “as a witness” to every nation, they’re only required to talk. They’re not compelled to talk effectively.

That philosophy lowers the stakes!

But if you care about being effective and not just about being loud, it also asks too much of the audiences you might speak to and asks far too little of you.