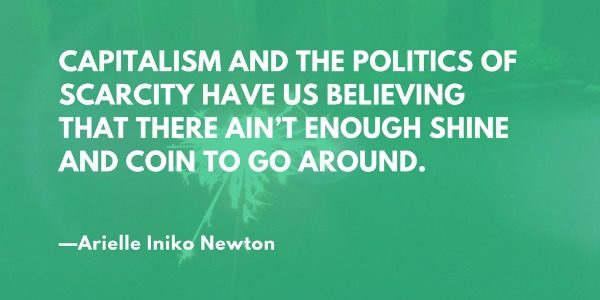 The Seven Last Words service is an annual Easter rite in some traditions, an extended church service of preaching and prayer where speakers reflect on Jesus’ last seven utterances before his death:

I’ve always heard the fifth saying, “I thirst,” explained in raw physiological terms: how the slow torture of death by crucifixion dried a person’s airways so much that they’d long for water.

Others explain the saying more theologically: Jesus’ lonesome experience on the cross contrasted with the good news he’d once shared with the woman at the well. “You’ll never thirst again,” he told her in much less bloody times. Once on the cross, however, Jesus was thirsting himself for both water and for a sense of connection.

He got vinegar (wine) instead.

Contemporary radicals, organizers, and activists reap similar responses from the mainstream today and sometimes from each other as well. Two films about large-scale activism that demonstrate this are in progress or about to premiere: John Ridley’s Guerilla, about the British Black Panther Party, and Kathryn Bigelow’s Detroit, about the 1967 Watts riots. Both films have faced intense treatment over their relationship with and representation of dark-skinned Black women actors.

Arielle Newton’s critiques of activist culture skewer members of the brand-savvy “digital intelligentsia” that “use [grassroots activists] when needed, but abandon us when necessary.” (Newton names only a few members of that group and so readers are left to fill in the blanks.)

We’re thirsting for relationships, for authenticity, for kindness.

Read Newton’s critiques of the digital intelligensia, and consider times when you’ve thirsted for colaborers in the work of justice. How can you offer others “water”?