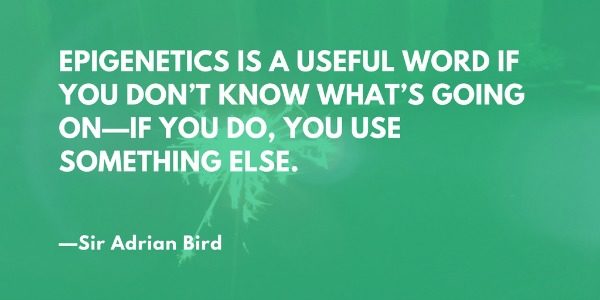 I took an extra year to finish college for health reasons. That year taught me a lot about myself, and it also gave me front-line exposure to the uncertainty and ambiguity that’s a normal part of conventional medicine.

Take the adjective idiopathic. It’s used to describe conditions or symptoms that seem to arise in individuals from nowhere and for no apparent reason instead of through environmental triggers or genetic predispositions. It’s a way for medics to say “something’s happening here, but we don’t know what caused it.”

The term idiopathic was accurate for me: my doctors didn’t know what caused my symptoms. But seeing “idiopathic” as a patient made me roll my eyes.

Whenever my specialists didn’t have an answer, they pointed me to clunky categories like undifferentiated primary disease and idiopathic secondary symptom. Each of these categories sounded quite authoritative and clarified very little.

So I laughed on reading one of the Genetic Literacy Project’s latest posts: medicine isn’t the only scientific specialty where this happens.

Reviewing popular articles on epigenetics and Lamarckian evolution, the GLP explains that some of the sociologists and journalists who invoke epigenetics are doing it inaccurately and with much more certainty than the underlying science merits:

While there is some evidence that stress can induce epigenetic changes, most of it comes from studies of people who went through severe trauma or stress (like the Holocaust)… [Epigenetic] changes are also reversible and shift throughout a person’s life. This means that an epigenetic modification linked to a disease (e.g. obesity or depression) that arises during childhood will not necessarily persist for a person’s lifetime. Scientists are not clear under what conditions epigenetic tags persist or are removed.” —Nicholas Staropoli, April 11, 2017, emphasis added

It’s not necessarily the case that Grandma’s experiences overdetermine mine. They might contribute to my life context, my disposition, or the tools I naturally use to deal with my life experiences, but I can still adapt beyond whatever she left behind.

Scientists will need to keep correcting us no matter which concept we’re garbling this time: there may be no preemptive defense against the human impulse to neaten ambiguous details and to tell stories where life has proven idiosyncratic or unruly.

We are Homo narrativus, and we make things up.

We should probably be careful with that.