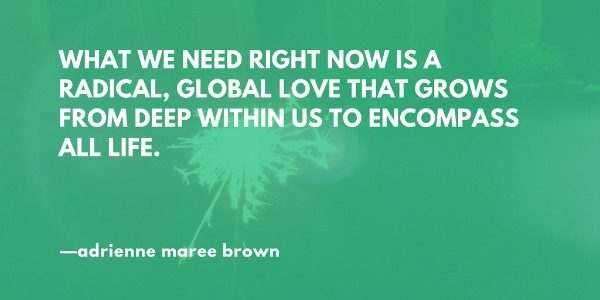 This is the era of solidarity. The plucky independent soul might have had their heyday two or three centuries ago; that’s debatable. But their heyday is not today: every social group finds its fortunes tied to the fortunes of others and much more overtly so than previous movements had to demonstrate.

Part of my early political education was reading about the backstage disagreements of the mid-20th Century civil rights movement. I learned how activists spoke and wrote about one another and framed each other’s interests in comparison to their own. Today, Muslim Americans, Latinx immigrants, Black city residents, Yemeni shopkeepers, North African taxi-drivers, and migrants of every ethnicity and natal country find themselves tested by the new policy climate.

As each new executive order and sponsored bill inspires action and counter-response, I recall Bayard Rustin’s statement, “The only weapon we have is our bodies, and we need to tuck them in places so wheels don’t turn.” Disabled activists complicate that thought somewhat: “In order to successfully throw sand in the gears,” Carrie Wade writes, “we need as many people out there throwing it as possible — and that means a movement that includes all kinds of bodies and minds.”

So many frameworks could lead us toward such a movement. Jesus envisions a tree with enough branches for all the earth’s birds to eat from; Paul interprets community as the members of a body (not as the parts of a cadaver). Kimberle Crenshaw’s intersectionality model inspires cross-category cooperation as well as closer looks at particular experiences with social oppression. The women’s movements’ has offered open, embracing group circles. And the imaginations of our science fiction and speculative writers hold us together.

adrienne marie brown, co-editor of Octavia’s Brood, is one of these writers. And I want to envision with her a “radical, global love” that leaves no one missing. That’s what deep change will take: all of us.