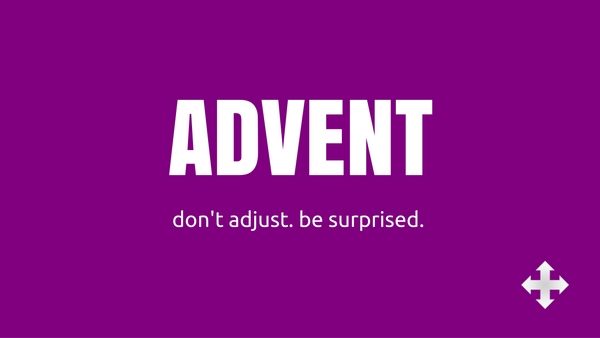 An individual dies when he ceases to be surprised. I am surprised every morning that I see the sunshine again. When I see an act of evil, I am not accommodated to it. I don’t accommodate myself to the violence that goes on everywhere; I’m still surprised. That’s why I’m against it, why I can hope against it. We must learn how to be surprised. Not to adjust ourselves. I am the most maladjusted person in society.” —R. Abraham Heschel

I first heard the concept of creative maladjustment from Heschel’s contemporary Martin Luther King and his speeches between 1963 and 1967. The two men literally walked together during the 20th Century civil rights movement, but I’m not clear on which was first to use the language of maladjustment to describe the dissonance between a justice worker’s faith-full perception of alternative ways to order life and the contemporary and historical systems they name disordered and seek to change.

When Heschel ties the capacity to be surprised with awakening to life every day, that strikes me as a very different approach to violence and oppression than the cynicism and pessimism that comprise much political and social commentary. In difficult and distressing times, it’s not comforting to assume that evil is normal and power will protect itself, but it seems somehow more reasonable. Yet expecting it, and declining shock or grief about it, is a kind of accommodation.

People can disagree about whether that’s true. It might be that we need some sort of acceptance to be able to either change the current order or change how we operate in and around it. Framing the system as static seems to encourage us to recognize our agency despite it.

But tonight, on the cusp of Christmas Eve, I’m thinking about the distressing times that the gospel writers set the Jesus story in, the plagues of imperial violence and suffering, capricious rulers and repression they lived with not just for a short four or eight years but for generations.

And in that context, these writers offer readers so many surprises. Starting their story with an unremarkable immediate family, poor shepherds, rich foreigners, and democide on every side, these writers craft a claim that there are reasons to hope anyway, reasons to envision life beyond exploitation, reasons to live as though life, real life, is available even for those on the edges of the social circle.

Heschel argues that it’s our ability to persist in imagination and the curiosity that permits surprise that distinguishes us from the walking dead.

While we’re waiting actively and securing ourselves wisely, we also have the choice of cultivating an openness to possibility and hope despite those Powers that could afford to worry about us less if we took everything about what is for granted as fixed and bound our expectations to its limits.

But there are stars in the sky suggesting there’s more beyond those borders, and there may always be just enough of us who are maladjusted enough to follow them.