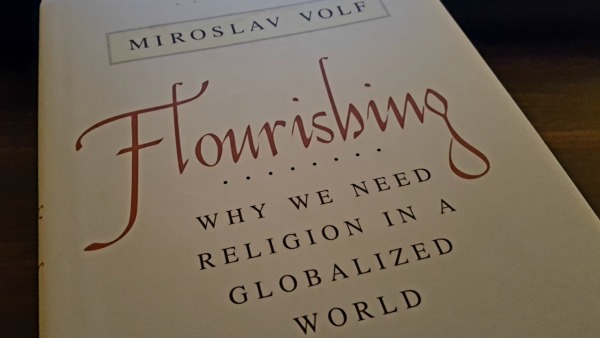 My chapter commentary on Miroslav Volf’s book, Flourishing, is out!

It begins, as the chapter does, with hard facts and sobering memories:

Friday, August 5 marked the 4th anniversary of the day Michael Page gunned down six Sikhs at the Oak Creek gurdwara in Wisconsin. Until Dylan Roof murdered 9 worshippers at Mother Emanuel AME Church in Charleston, South Carolina, Oak Creek was the largest mass killing at a place of worship in the US since the 1963 16th Street Baptist Church bombing.

Nothing highlights our need to establish mindsets and cultures of respect than these and so many other instances of Othering, religious exclusivism, and terrorism in the US and around the globe. People literally die when we fail to respect each other.

Chapter 3 of Miroslav Volf’s book Flourishing tackles the mutual respect that religious traditions need to give and also be given in a plural society. Volf explores two themes: (1) the ‘global security risk’ of religious intolerance, and (2) relationships within religions, between religions, and between religions and host societies that mutually honor religious freedom.”

Read the rest on Spectrum’s website. And pick up your own copy of the book and read along.